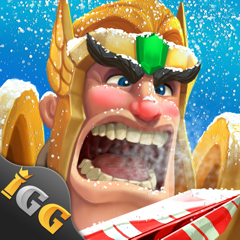 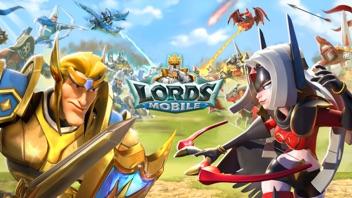 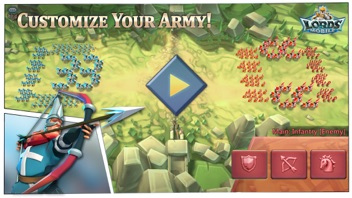 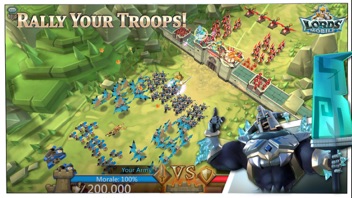 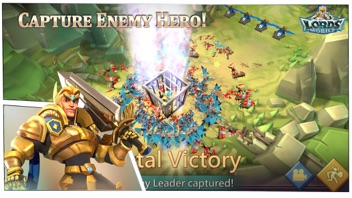 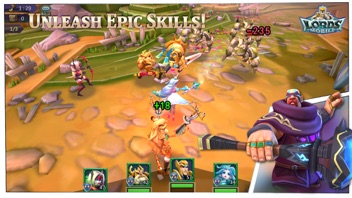 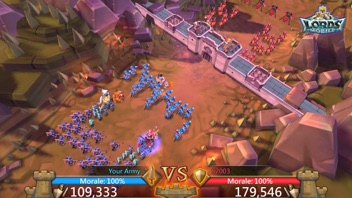 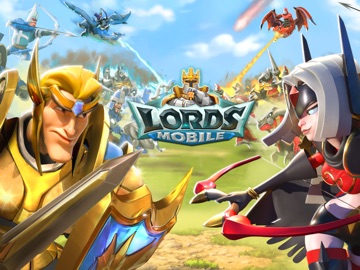 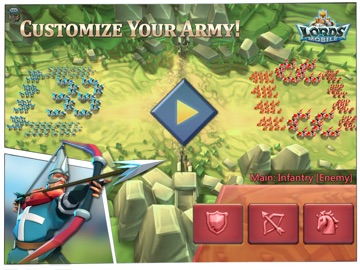 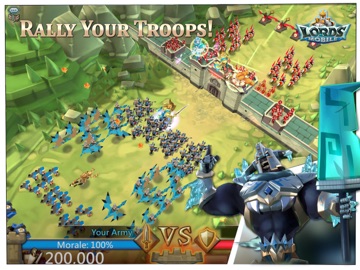 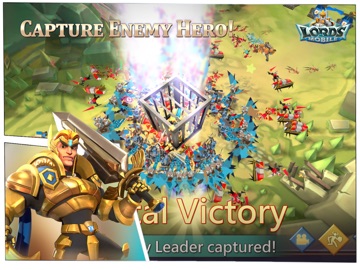 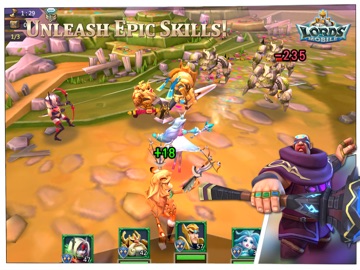 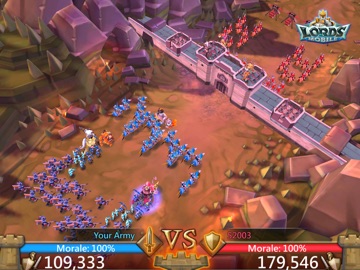 The empire is no more. Peace has been shattered by ambitious Lords seeking power. The world has split into factions and Guilds. Monsters and Darknests are appearing more frequently. A war is starting, and the time for powerful heroes has come...
Restore the balance of power by creating the biggest empire ever! Recruit heroes, forge alliances, conquer and expand your territory, win battles, and become the world's greatest warlord in this strategy RPG! A new world order is needed to re-establish peace!
Explore LORDS MOBILE, a magical world thrown into war and chaos by terrifying monsters and powerful enemies. Choose your favorite hero, recruit troops, and fight and conquer fearlessly in a war of epic dimensions!
An Open-World RPG Multiplayer Game: Build and Conquer to Create a Mighty Empire
Explore, conquer, and clash in the arena with other players in this MMO! Join a guild and play with millions of players in an open world, on mobile!
Defend your Territory
Secure your troops and heroes, and defend your empire's castle at all costs. A perfect war strategy requires an invulnerable defense!
Find Friends
Fight with your kingdom's allies, and ride into war together as a guild against enemies in an endless fantasy MMORPG!
Rule as the Emperor
Claim the throne in a battle royale for the kingdom! Will your legacy as a conqueror be just or cruel?
Powerful Heroes
Recruit and upgrade heroes with unique skills for the arena! Let them attack and conquer your enemies, or group them into teams to complete an RPG-style campaign!
Master Your War Strategy
Plan your tactics for the clash! Plan your troop lineups, perfect your strategy, and counterattack! Discover the best way to defeat enemies!
Epic Multiplayer Battles: Different Types of Troops
Lead your warriors and soldiers in war! Carefully choose your troop types before going into battle: infantry, ranged, cavalry, siege, or a mix!
Switch Kingdoms
Establish your empire on new lands by moving to any server with a simple tap!
Choose Your Path: Fight or Trade
Create an economic empire based on trade, treasures, and alliances, or become an offensive player and conquer enemy kingdoms! Will you liberate prisoners of war? Or will your kingdom crumble to dust? It’s all about strategy!
Enter the Dragon Arena
It's a guild-versus-guild battle! No troops will be lost here, so go all out!
Wage war with your allies in LORDS MOBILE. Attack and conquer enemy territories, plan your strategy, and build a great empire. Fight against legendary monsters and warriors!
Your kingdom awaits. Are you ready for a showdown?
Facebook: https://www.facebook.com/LordsMobile
1. Turf Club Subscription:
● Monthly subscription period
● Price: US$9.99/month
Subscribe to get: Research Speed/Construction Speed/Player EXP Boost +25%, Auto-completes Admin Quests & Guild Quests and allows one-tap collection of rewards
2. Familiar Support Subscription:
● Monthly subscription period
● Price: US$9.99/month
Subscribe to get Familiar-related benefits.
3. 7-Day Dash Bundle Subscription:
● Weekly subscription period
● Price: US$1.99/week
Subscribe to claim the items: Speed Up, Speed Up Training & Resources.
4. 7-Day Familiar Bundle Subscription:
● Weekly subscription period
● Price: US$2.99/week
Subscribe to claim the items: EXP Elixirs, EXP Potions, Speed Up Merging, Speed Up Merging, Anima & Fragments.
Please note:
● Payment will be charged to iTunes Account at confirmation of purchase
● Subscription automatically renews unless auto-renew is turned off at least 24-hours before the end of the current period
● Account will be charged for renewal within 24-hours prior to the end of the current period, and identify the cost of the renewal
● Subscriptions may be managed by the user and auto-renewal may be turned off by going to the user's Account Settings after purchase
Terms of Service: https://policies.igg.com/terms_of_service

We’re ringing in the Lunar New Year with a ton of events!
It’s time to rejoice and enjoy the updates we’ve made to make your battle experience easier!
# Added [Guild Pins]: Set a Guild Pin to mark a place of interest for the guild.
Only R4 & R5 players can create Guild Pins. Guild Pins can be accessed on the right bar in the Kingdom Map or in Guild Bookmarks
# In Kingdom Overview: An icon will indicate if your army is defending a Wonder
# In Rally Battle: An icon will indicate if your army has joined a battle via [Join the Rally] & [Assist Your Ally]
(During the Dragon Arena, the distance between your Turf and the Rally Captain’s Turf will also be indicated)
# In Army Status: Added [Return Time] for Reinforcements, Garrisoned Troops, and Conquest Troops
# Kingdom Map (expanded view): Added access to Chats
# Change to Battle Royal Battle Phase: Duration of Battle Phase changed from 12 hours to 8 hours

Rated 9+ for the following:
Infrequent/Mild Cartoon or Fantasy Violence

© 2022 Chartoo. Available on iTunes. Product prices and availability are accurate as of 21/01/2022, 05:42:21 and are subject to change. Any price and availability information displayed on iTunes at the time of purchase will apply to the purchase of this product. Apple, the Apple logo, Apple Music, iPad, iPhone, iPod, iPod touch, iTunes, iTunes Store, iTunes U, Mac, and OS X are trademarks of Apple Inc., registered in the U.S. and other countries. Apple Books, App Store, and Mac App Store are service marks of Apple Inc. IOS is a trademark or registered trademark of Cisco in the U.S. and other countries and is used under license. QR Code is a registered trademark of Denso Wave Incorporated. All other trademarks, logos, and copyrights are property of their respective owners.
DesktopTabletMobile
Improve this translation
Preview provided courtesy of iTunes
Preview provided courtesy of iTunes