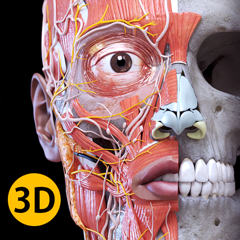 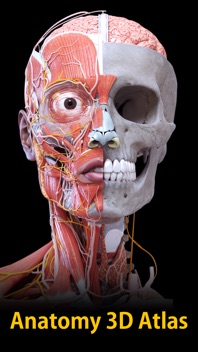 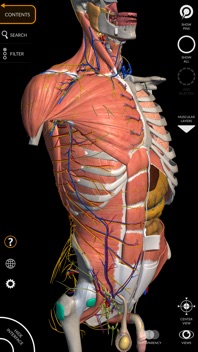 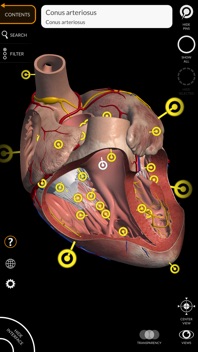 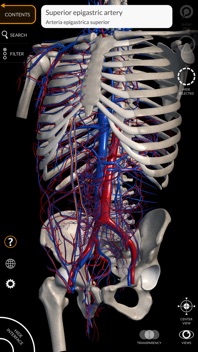 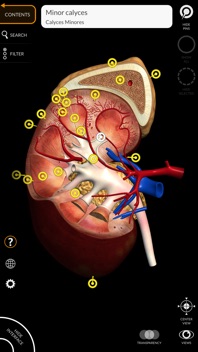 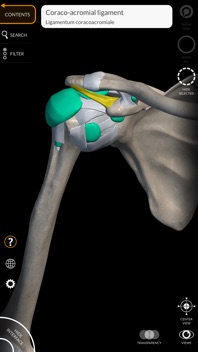 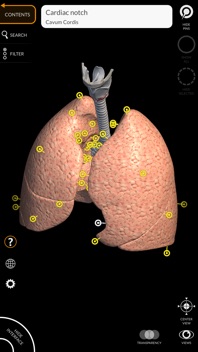 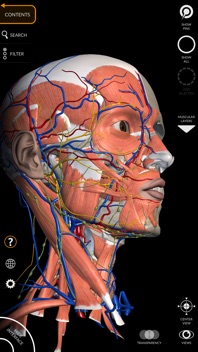 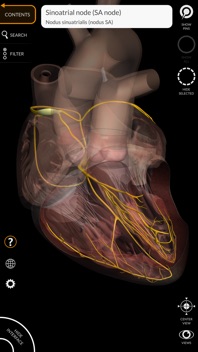 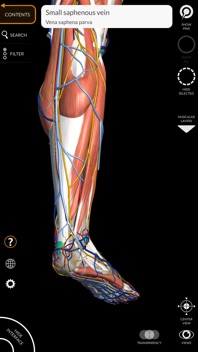 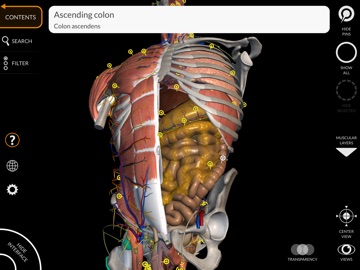 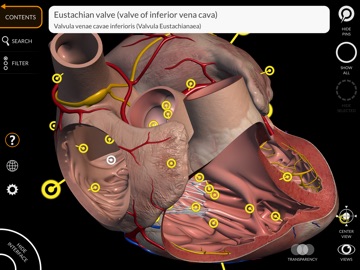 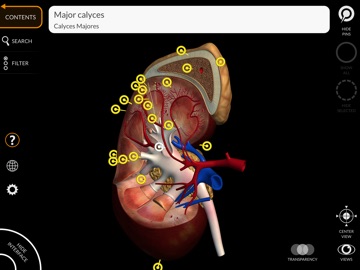 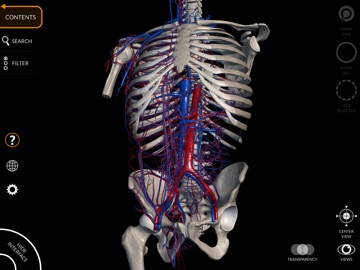 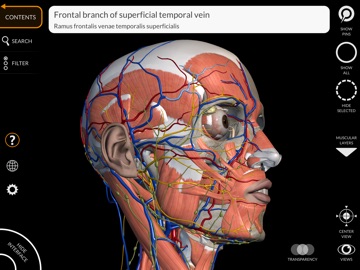 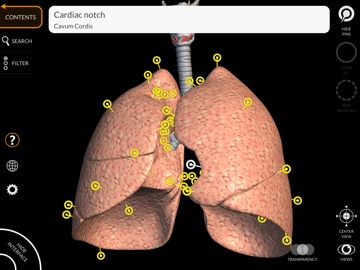 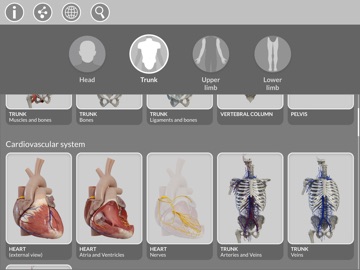 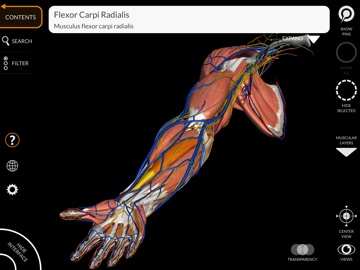 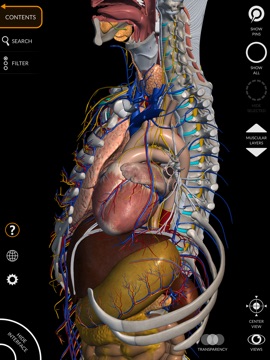 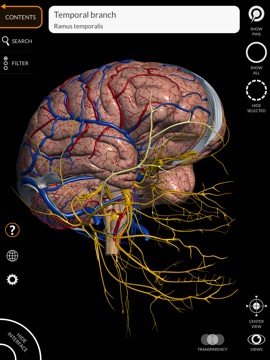 This app is freely downloadable, however an in-app purchase is required to unlock all the contents.
Some of the contents are always freely accessible enabling you to try the app properly.
"Anatomy 3D Atlas" allows you to study human anatomy in an easy and interactive way.
Through a simple and intuitive interface it is possible to observe every anatomical structure from any angle.
The anatomical 3D models are particularly detailed and with textures up to 4k resolution.
The subdivision by regions and the predefined views facilitate the observation
and the study of single parts or groups of systems and the relationships between different organs.
"Anatomy - 3D Atlas" is an application aimed at medical students, doctors, physiotherapists, paramedics, nurses, athletic trainers and in general anyone interested in deepening their knowledge of human anatomy.
This app is a fantastic tool to complement classic human anatomy books.
ANATOMICAL 3D MODELS
• Musculoskeletal system
• Cardiovascular system
• Nervous system
• Respiratory System
• Digestive System
• Urogenital system (male and female)
• Endocrine system
• Lymphatic system
• Eye and ear system
SIMPLE AND INTUITIVE INTERFACE
• Rotate and zoom in each model in 3D space
• Filter to hide or display each system
• "Search" function to easily find every anatomical part
• Option to hide or isolate each model
• "Smart" rotation which moves the center of rotation automatically
• Transparency function
• Visualization of muscles through levels of layers from the superficial ones down to the deepest ones
• Show/Hide UI interface (very useful with small screens)
INFORMATION
• By selecting a model or a pin, the related anatomical term shows up
• Description of the muscles: origin, insertion, innervation and action (currently only in English)
MULTILINGUAL
• The anatomical terms and the user interface are available in 11 languages: Latin,
English, French, German, Italian, Portuguese, Russian, Spanish, Chinese, Japanese and Korean
(the full description of the muscles is in English only)
• The anatomical terms can be displayed in two languages simultaneously
SYSTEM REQUIREMENTS
• iOS 12 or later, devices with at least 2GB of RAM
• This app only works with iPhone 6s or later, iPad Pro, iPad Air 2 or later, iPad (5th generation) or later, iPad Mini (4th generation) or later

8 Ratings
service, daily installs can reach 3000+. Ping me at Skype: +8618990290838 / Whatsapp:+8618990290838. Every one can get a test promtion for 3 days now!
Really helpful for med students
Best app if you wanna study upper limb, highly recommended for first year mbbs students!
© 2022 Chartoo. Available on iTunes. Product prices and availability are accurate as of 20/01/2022, 05:42:31 and are subject to change. Any price and availability information displayed on iTunes at the time of purchase will apply to the purchase of this product. Apple, the Apple logo, Apple Music, iPad, iPhone, iPod, iPod touch, iTunes, iTunes Store, iTunes U, Mac, and OS X are trademarks of Apple Inc., registered in the U.S. and other countries. Apple Books, App Store, and Mac App Store are service marks of Apple Inc. IOS is a trademark or registered trademark of Cisco in the U.S. and other countries and is used under license. QR Code is a registered trademark of Denso Wave Incorporated. All other trademarks, logos, and copyrights are property of their respective owners.
DesktopTabletMobile
Improve this translation
Preview provided courtesy of iTunes
Preview provided courtesy of iTunes