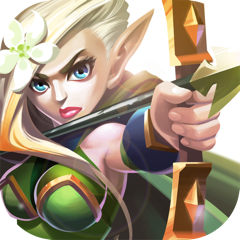 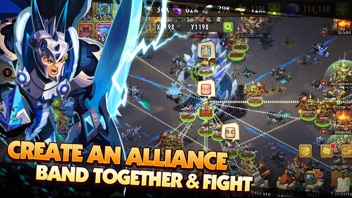 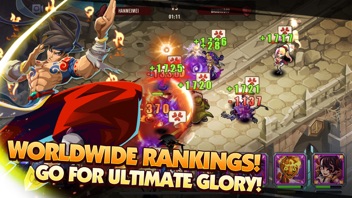 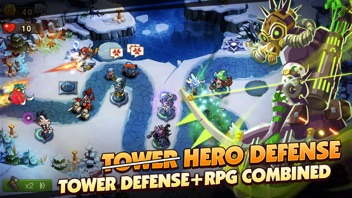 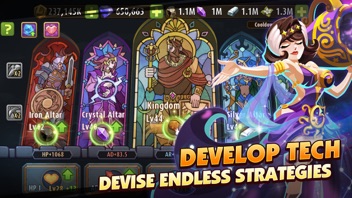 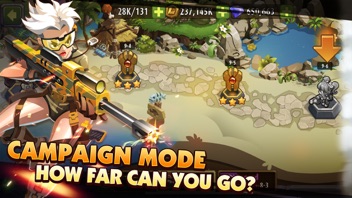 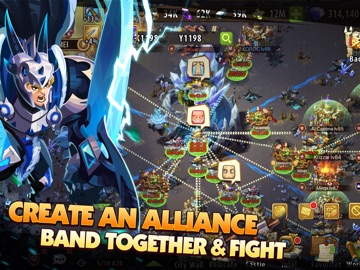 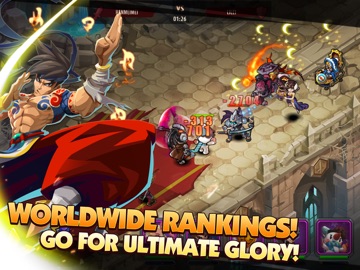 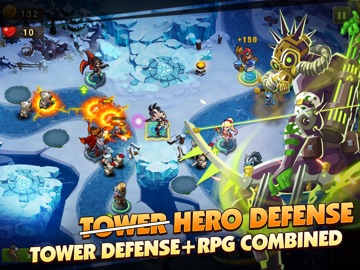 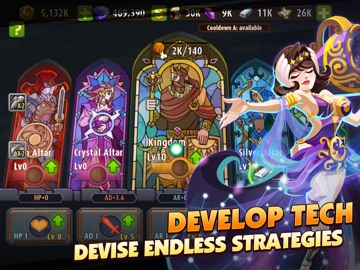 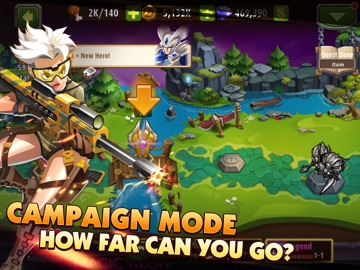 Assemble your league of Heroes and clash with enemies in Magic Rush: Heroes, the one-of-a-kind strategy RPG that combines the best elements of RPGs, RTS games and tower defense games. With an amazing single player campaign, online PvP battles, multiple game modes and daily quests, there are tons of ways to lead your Heroes to victory!
Are you ready for battle? Fight for victory, become a legend and earn glory as the greatest kingdom defender of all!
Magic Rush: Heroes Features:
Unique Real-Time Strategy Gameplay
Magic Rush: Heroes combines the base building and real-time control of RTS games with the progression of an RPG and the strategy of a tower defense game. Experience RTS gameplay unlike any other as you climb your way to the top.
Summon Magic Spells Using Skill-Aiming Controls
Exert direct control over your spells with Skill-Aiming! Choose your targets and cast at just the right moment to interrupt enemy spells and create chaos. Each of your Heroes has his/her own Ultimate - master all of them for true battlefield domination!
Clash With Enemies in the PvP Arena
Battle in a global, cross-server PvP Arena with a turn-based ban/pick phase to level the playing field. Strategically ban your opponents heroes depending on your strategy, and win amazing rewards for coming out on top.
Join an Alliance to Battle and Chat With Allies
Choose from a number of online clans, each with their own players vying for victory! Then, join a league of allies to capture nearby mines and collect valuable resources for your kingdom.
Expand and Collect Resources
Strengthen your kingdom using the Iron, Crystal, Silver and Medicine won from online encounters, and use those upgrades to power up your Heroes. Arrange three teams of Heroes on your kingdom wall to defend your city from attack!
Collect and Upgrade Heroes
Use RPG progression to build your party how you want, from a huge team of characters. Your Heroes grow in strength as you upgrade them with runes. Collect new Heroes from the Wishing Pool, and build your dream team of defenders!
Tower Defense Side Missions
Experience a totally new brand of Hero-fueled tower defense where your Heroes are the towers! Use our unique Skill-Aiming mechanics to place Heroes and launch magic spells as enemies charge your castle!
Take on Quests to Earn More Power
Conquer the Crystal Dungeon to earn powerful loot and equipment, or enter the Proving Grounds, where new challenges open daily. Challenge the Elite Campaign to face harder battles and earn bigger rewards – if you dare!
PLEASE NOTE! Magic Rush is free to download and play, however some game items can also be purchased for real money. If you do not want to use this feature, please disable in-app purchases in your device's settings. Also, under our Terms of Service and Privacy Policy, you must be at least 13 years of age to play or download Magic Rush.
Have any questions or issues with the free tower defense RPG adventure game from Elex Tech?
Reach us at: magicrush.help@gmail.com
Facebook: https://www.facebook.com/MagicRushOnline
Twitter: @MagicRushHeroes
Official Forum: http://f.elex.com/forums/35-Magic-Rush-Heroes

31 Ratings
I cant bind my old facebook account with this game so that’s why im giving 1star
Good game but the rewards aren’t that great still I’ll rate 5 stars
On my device text not displaying at any conversation and on any button. Check this situation when localization = ‘ru’
Present version has bugs
Been playing this game for a long time! It's very very addictive and a very creative game. Plus you get to meet a lot of people from around the world.
Enjoyable - Nik
Enjoyable enough !!
The game is awesome but it frequently crashes on my iphone and I'm not able to enjoy it to the fullest
I love it. Nice concept!!
Awesome
Games is really awesome.
The pathetic thing is any level u play it crashes.
So try to find the bug n update the game a sap.
Its a cool game , for added features VIP exp can be introduced just like in spirit guardian so even though at a slow rate, we can achieve VIP rank and avail benefits
Can keep u entertained for hours
Good game
Good game. Really love it.
One of the few F2P game where devs are not out to make money by any means. Fair game and will support on both platforms.
Whenever i am trying to bind my fb account to download the progress it crashes. 😒😒😒😒

© 2022 Chartoo. Available on iTunes. Product prices and availability are accurate as of 23/07/2021, 05:39:50 and are subject to change. Any price and availability information displayed on iTunes at the time of purchase will apply to the purchase of this product. Apple, the Apple logo, Apple Music, iPad, iPhone, iPod, iPod touch, iTunes, iTunes Store, iTunes U, Mac, and OS X are trademarks of Apple Inc., registered in the U.S. and other countries. Apple Books, App Store, and Mac App Store are service marks of Apple Inc. IOS is a trademark or registered trademark of Cisco in the U.S. and other countries and is used under license. QR Code is a registered trademark of Denso Wave Incorporated. All other trademarks, logos, and copyrights are property of their respective owners.
DesktopTabletMobile
Improve this translation
Preview provided courtesy of iTunes
Preview provided courtesy of iTunes